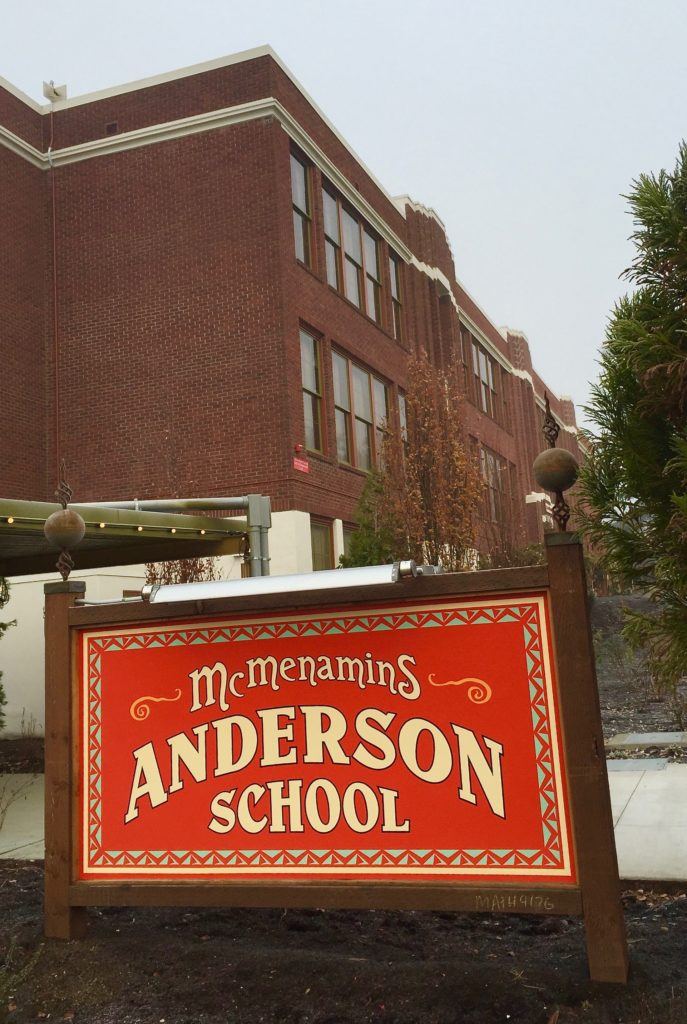 When I think about the McMenamins Anderson School Hotel, it makes me think of Great Wolf Lodge for parents who would never set foot in a Great Wolf Lodge. This unique hotel project brought to you by Portland’s own McMenamin brothers, is built around the restored Anderson Junior High School. The campus includes three restaurants, three bars, a movie theater, a giant South Seas themed pool, a huge courtyard with wood burning fire pits and 72 generously-sized hotel rooms (converted classrooms). Even the family hound is welcome (for a small fee).

Typical of the McMenamin’s signature aesthetic, the spacious rooms are decorated in an eclectic style befitting the history of the property. If you are visiting with children, there are several room configurations that can work for you including rooms with a king bed and a pull out sofa, and several double queen rooms. On a recent trip, we discovered the best double queen room on the property – room 313 (named the Harvey Hansen), which actually has two separate bedrooms and is located at the end of the 2nd floor hall (very quiet).

Note: The inside courtyard of the property can get quite lively in the evenings (live music etc.), so if you plan to hit the pillow early, you many want to ask for a room off the courtyard (or bring earplugs). 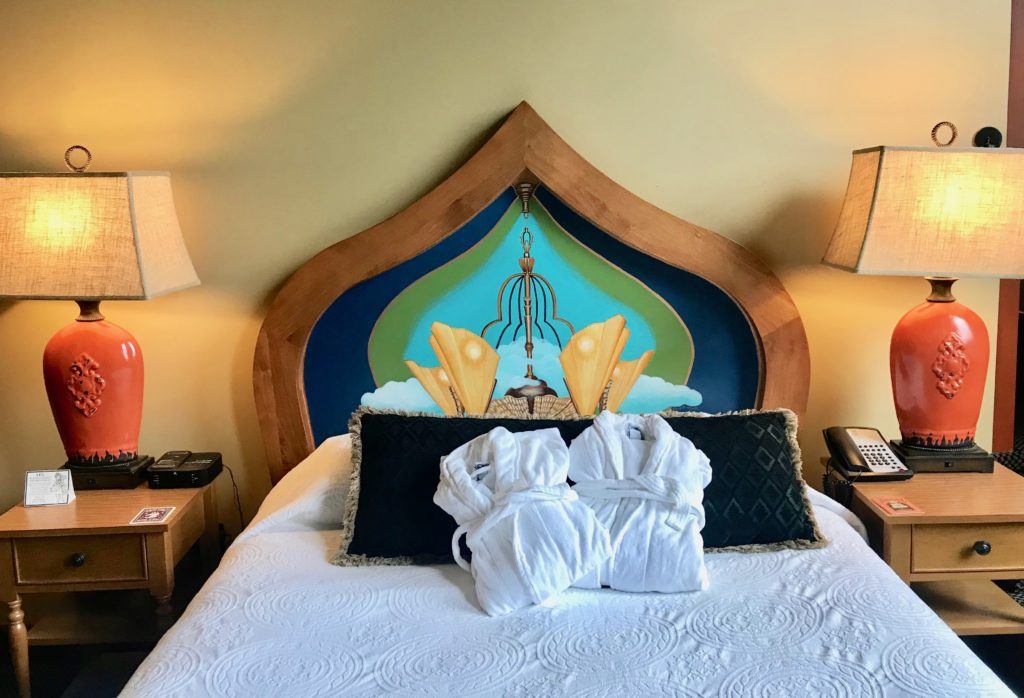 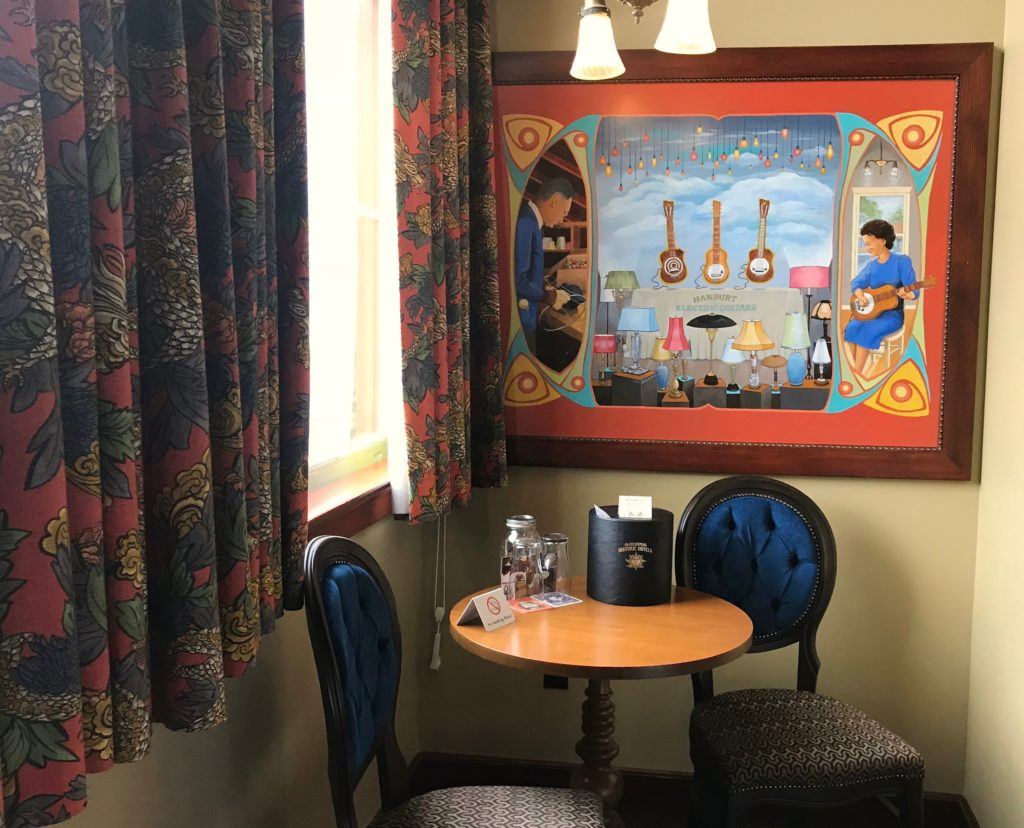 The North Shore Lagoon is very unique as the building is open air due to a number of skylights. While it can get a little chilly, and you could potentially get snowed on at times, it is simply lovely in the summer months (the water is also kept at a balmy temperature).The pool is so large that during our first visit to the property, they had to close the pool early because a fog had rolled in and the lifeguards cold not see people properly. Consistent with the South Seas vibe, there is a tiki themed bar and restaurant above the pool.

Note: The pool welcomes visitors from the community for public swim hours, but is reserved for guests only on Fridays and Saturdays. 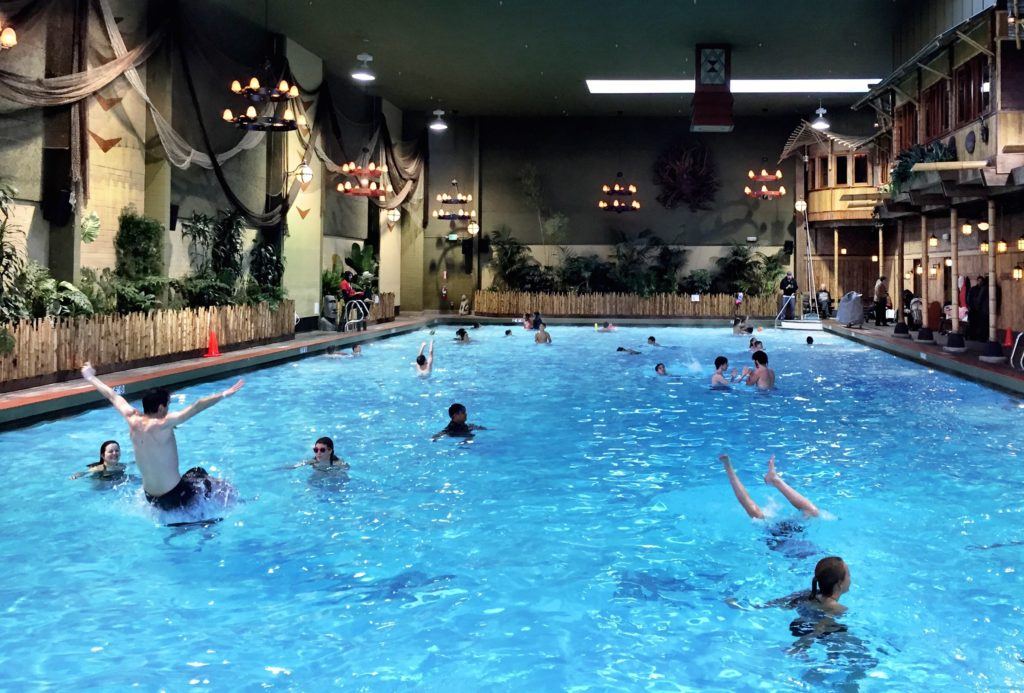 The McMenamins Bothell movie theater shows first run movies several times a day. Be sure to buy your tickets online beforehand, as we have seen many disappointed people turned away because a show has sold out. One of the fun things about the theater is that you can eat dinner right at your seat (and mom and dad can even enjoy a glass of wine or a beer). Arrive when the doors open (about 1 hour before showtime) to get the best table seats. There is only one movie shown at a time, so it might be wise to check what is playing when booking a stay at the hotel if you want to make sure the movie is family-firendly.

You have several family-friendly dining options to choose from at the Anderson School including the Tavern on the Square (located in the former school cafeteria), The Woodshop pub and games room (pinball, pool, shuffle board), The Theater Bar and the South Seas Pub (above the pool). If you are able to get away without kids, you might want to check out the The Shed whiskey bar or the Principal’s Office bar (where complimentary coffee and tea are served each morning).

Note: McMenamins Happy Hour at the Anderson School can be found from 3-6pm in The Woodshop.

Where is Bothell, WA?

The McMenamins Anderson School is located in Bothell, WA, which is about 25 minutes north-east of Seattle by car, and very close to the Woodinville Wine Country. We recently chose to stay at the Anderson School on a Vancouver to Portland road trip, when Seattle hotel prices were sky high ($400 for 3 star !).

More About the McMenamins Anderson School

Get a Deal: Weeknight stays are much cheaper at The Anderson School.

Best Rooms: The Anderson is what I would describe as a rather lively hotel. Request a room away from the courtyard if you would like a little more peace and quiet. Room 313 has two bedrooms (double queen room).

Further reading: I find the history of the McMenamin’s empire quite interesting. Learn more on the McMenamins about page. If you are interested in other similar McMenamin’s properties, check out my post on our stay at the Kennedy School near Portland. 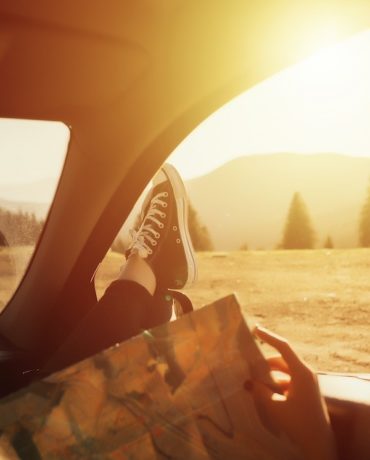 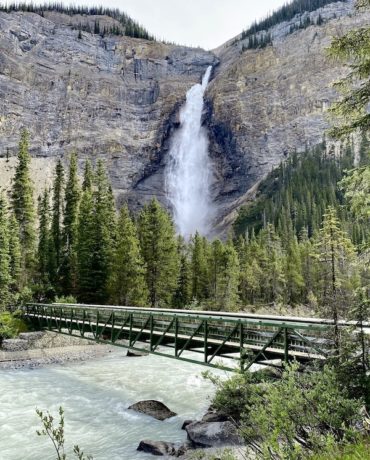 Things to see and do on a Kootenays road trip. Read More 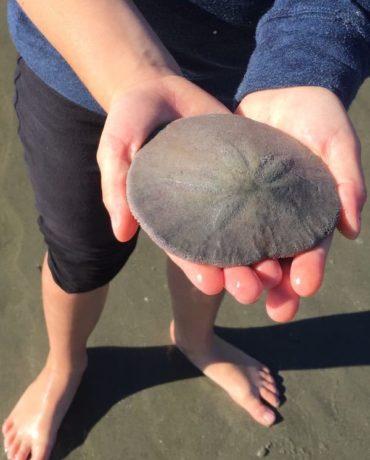 10 Things to do in Tofino with Kids Read More 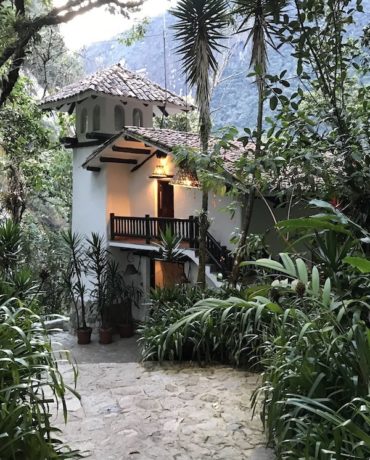 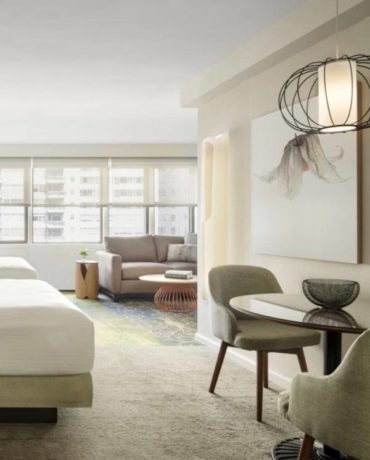 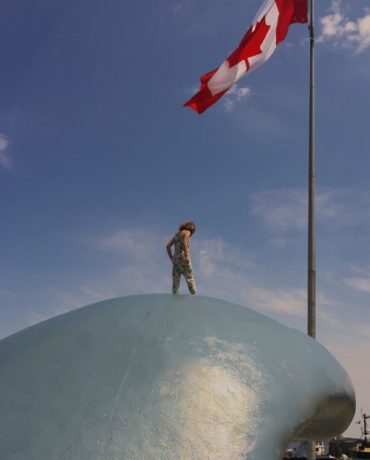 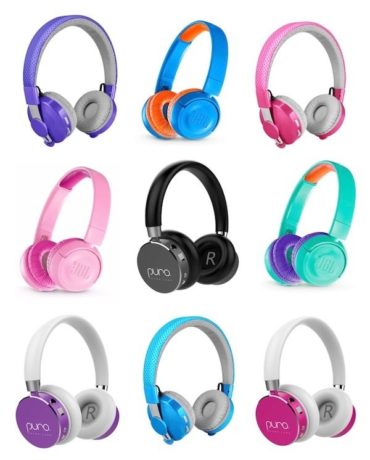