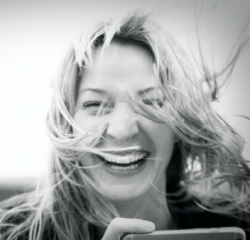 This website is for those parents out there who feel that their days of traveling to far off exotic places should not end simply because they now have a mini me in tow. I call out to this nomadic tribe who do not subscribe to the idea that the next ten years of travel should involve only theme parks and diners . My family is living proof that it doesn’t have to be that way.

After 10 years in fashion apparel, I chose to leave the industry just before having my second baby. I’ll admit that I was spoiled by a career that had allowed for travel to many interesting places and I was not prepared to give it all up. The timing was good in that there had been a surge in the number of travel websites, boutique hotels and hip restaurants seeking to cater to a generation of travelers and their offspring who wanted to have their cake and eat it too. The availability of these resources, however, did not make the prospect of traveling with a baby less daunting.

After logging dozens upon dozens of flights over the next decade with two young kids, I found that there were so many small things a parent could do to make travel easier. The word needed to be shared. I have seen a mother collapse in a fit of tears, another stop speaking to her husband half way through the flight and threaten divorce by the end, a parent suggest that they would like to “punch their neighbor in the chops” before the flight left the ground, and another who just self medicated with lots of wine. While I have nothing against wine, as for the other scenarios, well, in most cases they can be avoided. It is my goal to provide you with the resources in the form of advice, helpful links, and products that allow you to have it all, without having a nervous breakdown.

To contact me, please email: tara@pintsizepilot.com. I look forward to hearing from you.